A few weeks ago I wrote a post about Baguettes and Thought Disruption. It was actually just mock click-bait about how reading articles with such titles are a waste of time. But the more I’ve been thinking about it the more I’ve realized two important things. First, I’m clearly hungry during my weekly blog writing time. And second, there’s actually a lot we can learn about disruption from baguettes. 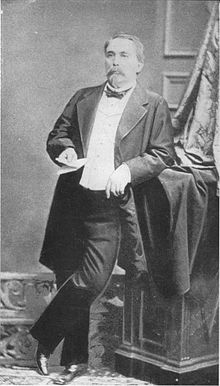 Meet August Zang. Born to a prominent surgeon in Vienna, Zang started his professional life as an artillery officer. It was a fine and promising career path for a young man, but one which lost his interest. His entrepreneurial spirit needed an outlet. When he was 30 years old he left home with a plan to bring Viennese style baked goods to Paris.

The disruption he brought with him was called Steam Baking. In steam baked breads, or pastries, steam is injected into the oven as it cooks. The steam slows the formation of the crust and makes the outside of the bread flakier and thinner. In the case of croissants it can make a very thin crust with a moist interior.

In 1839, Zang opened “Boulangerie Viennoise,” which found immediate acclaim and popularity. Parisians could not get enough of his delicious baguettes, croissants, brioche, and other baked goods which came to be known as Viennoiseries. Imitators sprouted up all over Paris. You read that right. The croissant, probably the most French thing you can think off right now, was introduced to Paris, and popularized, by an Austrian.

At that point Zang could have coasted on his considerable success. But just like his previous career, he had bigger fish to… sauté, I suppose.

In 1848, revolution spread across Europe and Latin America like wildfire. Dozens of countries erupted as the middle class demanded more participation in government, a more free press, and a fairer chance to succeed. Pretty much all of these revolutions failed within a year. But there were lessons to be learned. Zang learned that daily newspapers, the fuel which fired these revolutions, were the wave of the future of communications. Some 10 years after he left, Zang moved back to Vienna to get into publishing.

He started a newspaper modeled after the Paris newspaper, “La Presse.” The idea was simple: smaller articles, advertising tucked in everywhere, and make it as cheap as you can make possibly make it. He became the father of the Austrian daily newspaper when he founded his paper, “Die Press.” Some 166 years later Die Press is still in business. As such, the world ended up remembering Zang as a press mogul, and eventually a wealthy banker and mine owner, but not as a baker.

There are three important things to learn from the life of August Zang:

shortcutFoo helps you become more productive with the tools you use everyday. Create a free account today!